Walton-on-the-Naze in the Camper

We fancied a short camping trip to get some use out of the camper so we decided to book a couple of nights into a campsite called Grange Farm in Thorpe Le Soken not far from Walton.

We took a steady journey up stopping for a picnic lunch in the bus on the way and arrived about 2.30pm.

There is an electronic gate at the entrance which we were given the code to.

The site is very nice, it was pretty quiet too. We had electric hookup for the bus. We set about putting the awning up while the kids went off to play football in the designated area (a little part of the field set out with a couple of goals and a basketball net). The awning went up pretty quickly although the ground was pretty tough for the tent pegs, managed to bend quite a few! 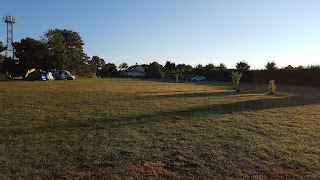 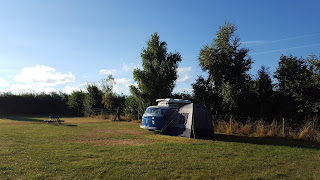 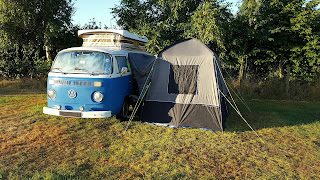 There are only 2 toilet/shower blocks, each containing a couple of cubicles, a shower, a small sink and a washing up area, although there is currently another block being built. It looks like they are careful with the amount of visitors they take in to prevent overcrowding of the facilities. We never had a problem getting access to a toilet or shower. At the washing up area there is no hot water, most campers have a kettle so they can boil some up but could be seen as an issue for some. These facilities were kept very clean which was really nice to see.

From the campsite you can take a 15 minute walk through the fields to the local village. We stopped for a bite to eat in The Crown pub. It was a lovely pub, great service and food. Also had a lovely garden with climbing frame for the kids and and patio area. 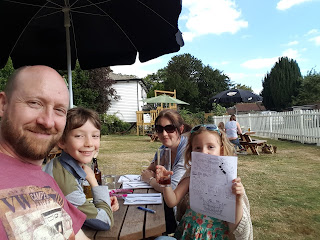 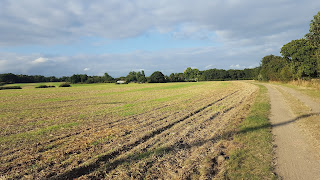 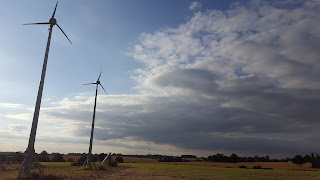 On Monday we were up early and after a 10 minute drive, at Walton. There's a lovely sandy beach here. We purchased a beach tent last year, it was only cheap and comes in so handy to provide shelter from the wind and also useful to provide a bit of shade if needed. We went for the Trespass one, not too expensive and easy to put up. Just assemble the 2 poles and thread them through. We didn't use the provided ropes, we just put our bags in it to weigh it down or a couple of heavy stones will do the job.

The kids had fun in the sea with their paddle boards, then on the beach building sandcastles and getting buried! 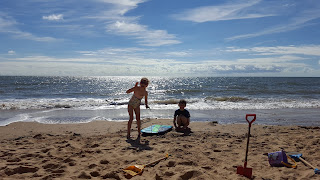 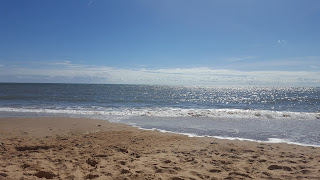 We decided to go to a fish & chip shop today although none of us had fish and chips! Then we set off back to the campsite, taking a couple of pics of the bus en route! 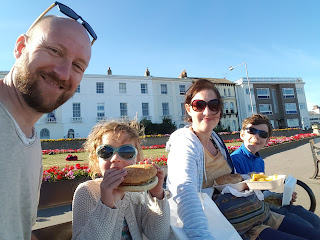 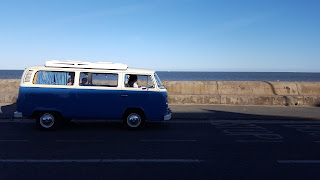 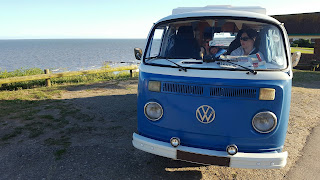 Up early again this morning. Kids went off to play with the new friends they made on the site while we took down the awning and prepared the camper to leave. The journey home wasn't too bad, no traffic so a nice run. We stopped at the services to get some sandwiches for lunch and ate them in the bus and arrived home just after midday.